How-in-the-what was something like this made in the early 40s? Maya Deren is a bona fide genius!

Meshes of the Afternoon mimics the characteristics of a dream through adventurous camera maneuvers, paranoid storytelling, and toothsome imagery. Deren takes advantage of almost every frame, challenging a new set of angles, movements, editing impulses, etc. to get as much etiquette as possible out of the 14-minute presentation. The experimental cinematic revolution was undoubtedly kickstarted due to this masterstroke.

In the midst of it all though, I feel like a complete dumbass for not figuring out that that was a mirror on the mysterious figure’s face until about halfway through. I can safely say though, it freaked me the hell out.

Neighbours is not the Super Mario Bros. short film we deserve, but the one we need. Amen.

Also, don’t do drugs kids. Principally when making stop-motion films with real humans in them.

The decision to utilize still images rather than taped footage adds so much to the protagonist’s emetic perspective. The expressions of each, set picture only swells the effect of them that much more. It’s a presentation that appeals as this shadowy side-track into a horrific dystopian state or interpretation of France. The score is tragic—in the constructive sense—as well.

The narration/writing is effortlessly the huskiest attribute of La Jetée. Not only is the story sci-fi exquisiteness, but the narration is detailed and arranged to raw magnificence. It’s incisive, it’s startling, and it’s beautifully spoken. Immensely inspirational, beyond words.

David Lynch’s The Alphabet is a child’s worst nightmare, bearing in mind, it takes and twists one of the, if not, the most beloved nursery songs in the history of English culture into a sickly, disoriented, and taunting horrorshow. This was a good old hint/teaser into Lynch’s raw brilliance. 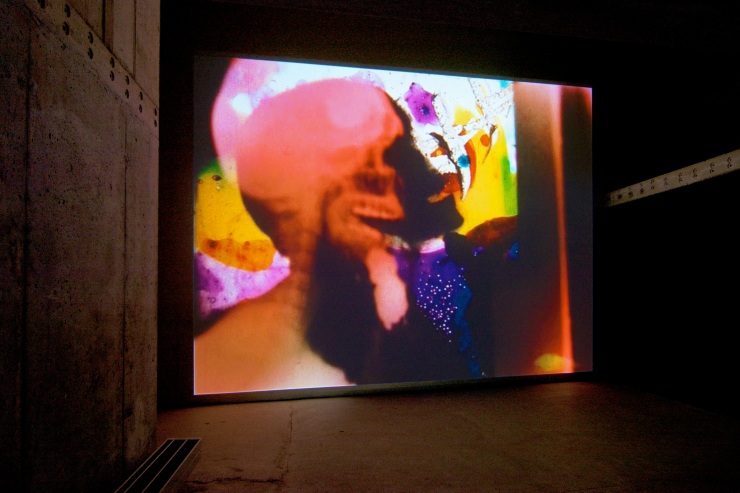 If you are reading this hear article right now and have not yet seen Sanctus, I think it would be best if you watched it right at this very moment before reading any of my “explanations.”

1) It’s a metaphor for how unattractive and clone-like humans are.

Some key hints of this could obviously be observed within the actions of what the humans on screen are doing. For example, there are a couple of shots of people putting on makeup, but of course, we only see their skeletons putting it on. It duels with this idea of trying to make yourself beautiful when you still look freakish or disturbing on the inside. No matter how much makeup you powder on your cheeks or how much lipstick you rub on your lips, you’ll still cease to change your interior design with such consumerist-like products. Additionally, the consistent use of flashing numerous x-rays of humans in the same shot can be used to expose how similar we all are and how copy-and-paste or genetically alike we are to one another. It could be a way of saying that humans occasionally think that they’re so different from each other when really, we are all byproducts of some sort of creator that are essentially indistinguishable in the long run.

2) It’s a mockery of how repetitive our human necessities are.

This theory is more easy to follow. The short film repeatedly likes to show us the typical, instinctive actions that humans commit almost every day. Eating, flexing, moving, etc.. It makes us look mundane and lifeless. This could quite possibly be a sinister approach to symbolically expressing how life is a pointless process of recurrences.

3) It’s a celebration of human anatomy—nothing more, nothing less.

The beautiful neo-fluorescent color pallets don’t help the film from looking like anything less than a house-party of bone structures and organs. It is probable that Hammer’s goal was to make us, the viewers, learn to appreciate the inside structures of ourselves considering we compulsively always focus on our outsides more often than not. This theory is quite the opposite of theory number 1, but I could interpret either one to being just as close to the truth as Hammer intended it to be.

Experimental film enthusiasts out there, please watch this short film; it is so underrated. It’s a compilation of old x-ray footage and it is BREATHTAKINGLY ENTRANCING. 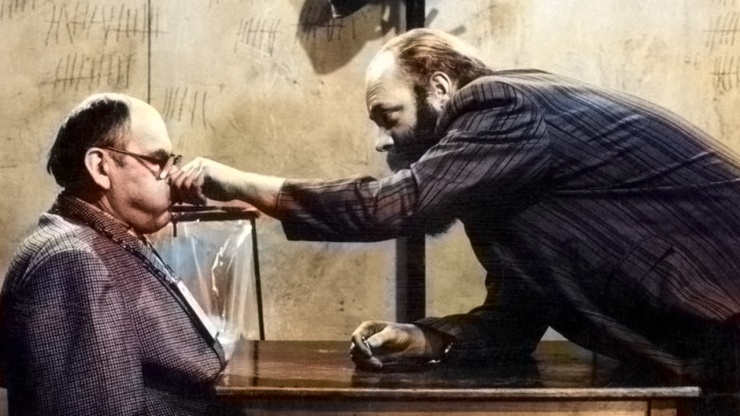 I don’t know why I loved it, but I loved it. It’s horrific yet comedic social commentary mingled with some off-putting ASMR. Pixelation is relatively creative but relatively scary especially when it combines itself with real-time footage and claymation integrands.

If you are a stop-motion devotee though, then Jan Švankmajer’s Food is a MUST SEE.

Don’t Hug Me I’m Scared: Further proof that YouTube truly is a host network for at least, some talented individuals. Perplexing, “creative” and brimmed with noteworthy puppets and set pieces, this freakish interpretation of a toddler’s television show is a fresh reinvigoration into popularizing experimental filmmaking for the contemporary audience.

View all posts by Evan Ambrose