You can’t ever stop me from rewatching Halloween.

Oh but, aww, 70s Jamie Lee Curtis is such a doll. #wifematerial

Simple remarks aside, this viewing may have confirmed my theory that Michael Myers was never inherently evil. In the opening, a young Myers uncomfortably turns his head to look at his arm that’s plunging into his victim as if someone else is controlling it. Therefore, it can be presumed that the Devil itself must’ve possessed him that very night. Spooky. 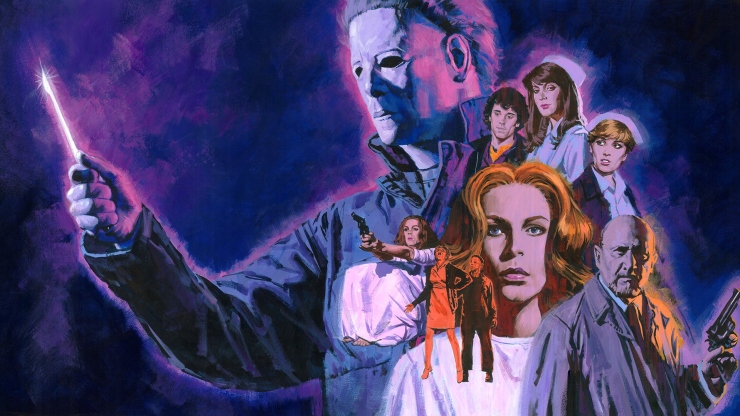 But, I’m not gonna, cause Halloween II is quite the sharp delight too.

Mr. Sandman, bring me a dream. Make him the cutest that I’ve ever seen…

Seriously though, this is one of the most under-appreciated slasher sequels ever. Yeah, it admittedly doesn’t really get kickin’ until around the halfway point, but from there on out, it’s g-o-o-d. Some simply can’t take on the fire.

Michael Myers swinging a knife viciously in the air without looking is still the gnarliest s*** I’ve ever seen. This dude is 99.9% possessed by the Devil and you couldn’t convince me otherwise.

And, there’s no way you could hate on the sequence leading up to that immaculate elevator shot, as well. Mwah! Perfecto!

The twist is legitimately dumb, nevertheless. AND BEN TRAMER’S FATE IS THE FUNNIEST THING EVER; HAHAHAHA.

Michael Myers really does a bass drop with a body in this movie, though. Let’s not forget that this is an actual thing.

View all posts by Evan Ambrose